It had been a while, to say the least, since our propane tank had a good bath, much less a new paint job. The pink finish,  speckled with growths of lichen, wasn’t at all pretty and made us wonder if the tank was, at one time, disguised as a pig.

We have a different plan. Ben gave the tank a scrub with a power washer (thanks for the loaner, Don!) and then I primed it with my old friend the Graco paint sprayer.

Finally, Ben had the distinct honor of putting on the new color. I was disappointed to not complete the makeover myself, but I was out of town on the last 24-hour period that would remain above 45 degrees according to the extended forecast. So, Ben did the honors and painted the tank the with what we had left over of the shake shingle’s color. 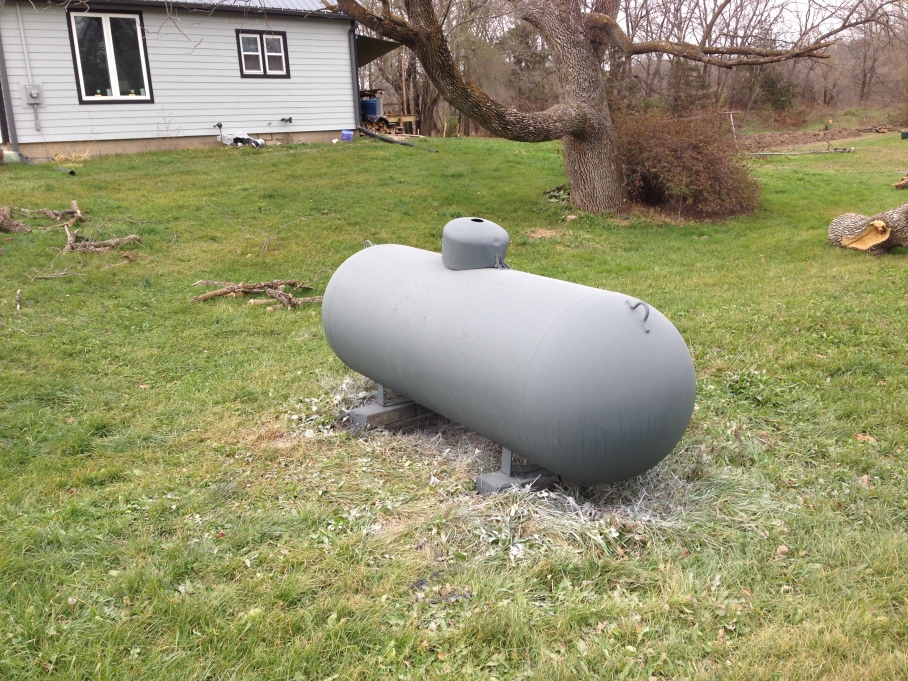 We have talked about applying vinyl words and/or an illustration to the tank, maybe announcing “Cockamamy Farm.” But that will have to be stage two of this prettier-when-not-in-pink makeover!

One thought on “Not So Pretty in Pink”