So now that the exterior is weatherproof and drywall mud isn’t being flung around inside (like the monkey house at the zoo), I thought I could take a little time and chime in with a few nuggets from the cheap seats. This is not the first old house that I’ve cut apart and put back together again.

Each one has its own quirks—little hidden things that don’t necessarily show up right away. They are things that happened to the house a long time ago, they don’t affect the soundness of the house, they don’t even affect what the plans are, but they might change how you approach some of those new plans.

This house, for instance, you could tell that the staircase had been moved at some point. The “carpenter” who did the work, sometime in the 30’s or 40’s I’m guessing judging  by the lumber, didn’t replace the short studs that followed the old staircase wall. He just scabbed on short pieces of scrap so he could attach the lath and plaster over the rest of the wall. Once we got the house down to the studs, I noticed the hackery and adjusted my lumber order accordingly to beef up the framing—no big deal.

Another curiosity about this house is the brick partial wall we found while insulating the back wall of the house—it’s on the interior side and had been plastered over. My best guess is that it’s where the wood cook stove sat before they moved the stairs. Again, no big deal. We insulated that part of the house from the outside. 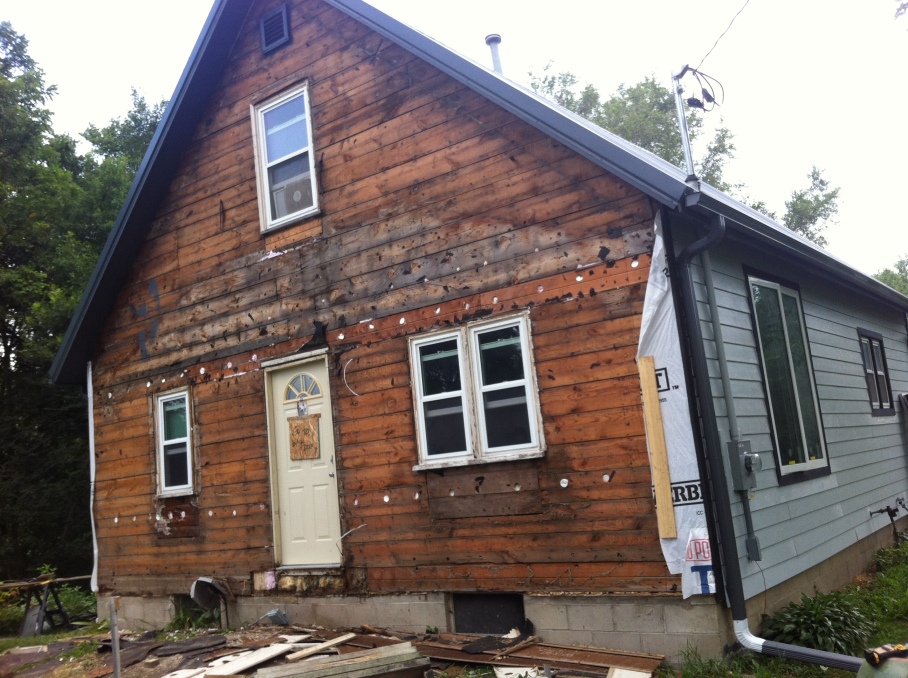 What’s the point of all this drivel? To say this: This is renovation. The quirks you find, they ain’t pretty. Sometimes, old houses are just that, old. And sometimes the history is an ugly, loathsome tale. 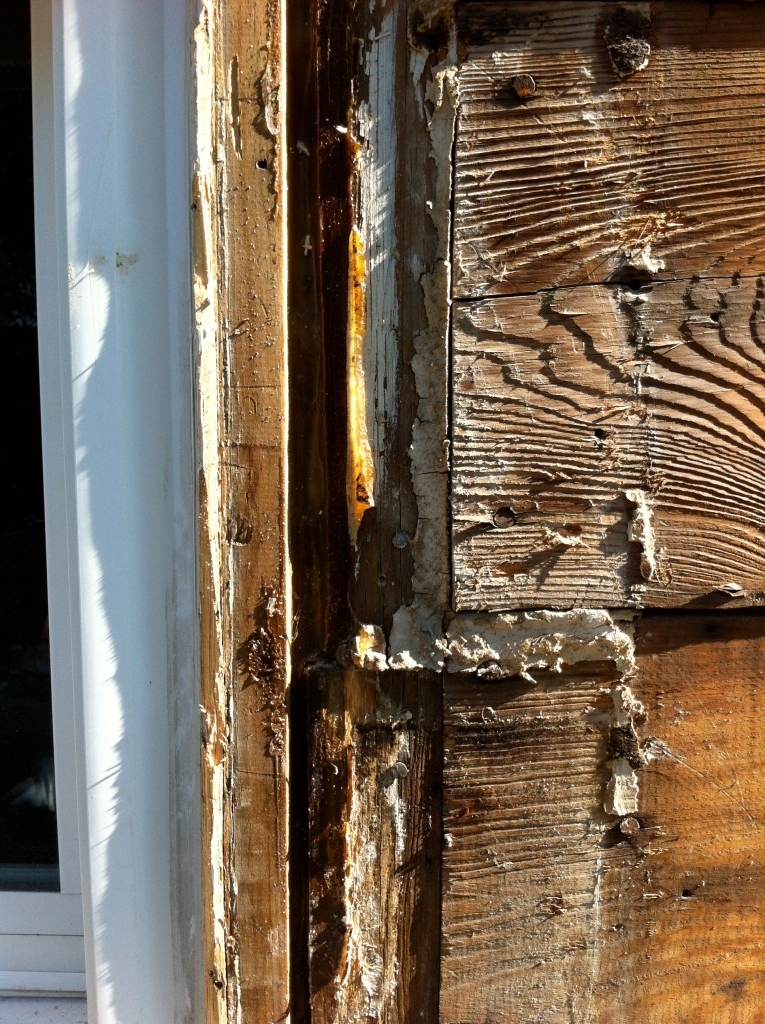 When mentioning the windows around the neighbors, I hear things like, “She always complained about those,” or “Yeah, she kinda go suckered on that deal.” So when we started moving windows around, the old house quirks turned into an exercise in deconstructing and reverse engineering.

As I tore the windows out from their holes is that the “professional”who installed the newer, more efficient (at the time) windows ten or fifteen year ago, believed that silicone caulk had vast structural capability and could be substituted for actual lumber. Not only that, but after tearing the wall open, that caulk has magical insulative properties, as well.

The original windows were great big, six-foot-tall single-pane double hungs with removable screen/storm frames that hung on the outside—I found a couple of pieces of the old hardware while kicking dirt clods near the foundation. When the new windows went in, the old ones, the wood at least, was re-used to frame in the new ones and the open framing looked like a game of Jenga. I don’t know who installed these windows, but to me it appears it was a crook pro or a brother-in-law or a DIYer who should have been a Pay-A-Guyer. However it was, it isn’t good now!

The final step in finishing the siding job was doubling the window on the southwest corner (front) of the house. Deconstructing the existing window was when I realized that bringing the existing windows and doors up to par was a lot like polishing a turd. After installing a new entry door, I decided for the good of the project as a whole and to stay on our timeline, I resolved to get that dookie as shiny as possible and move on. So if you noticed on the red carpet reveal post of the front of the house that Lacey’s coveted symmetry with the front windows wasn’t exactly perfect, now you know why.

They are all sealed up, insulated, and will be much more efficient than before. But they need to be put on a maintenance schedule and a complete re-think is in the future. Maybe we can go back to six-foot double hung, but modernized and efficient next time around.

So maybe quirks isnt’ the right word to describe what we found underneath the plaster. Maybe history is a better way to describe it. I’m sure if the old owners were here to see the windows we’d hear stories about little Johnny putting a baseball through the side window or Uncle Milty knocking out the top sash that Christmas he had too much nog and danced a jig with a lampshade on his head. Hopefully we’re not erasing too much cockamamy from the history of this old house. 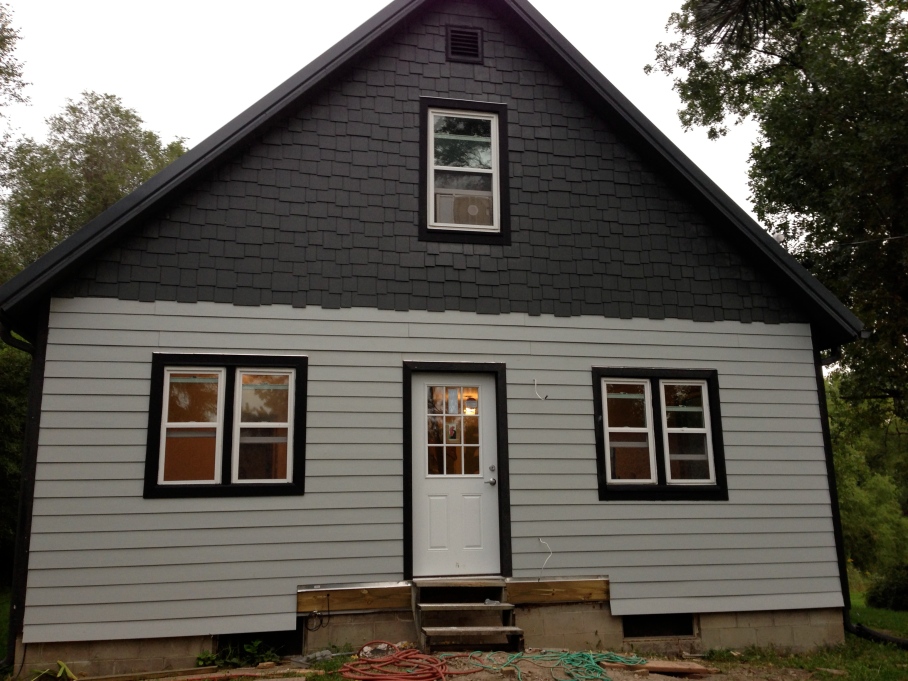 3 thoughts on “A Word from Ben on Polishing a Turd”